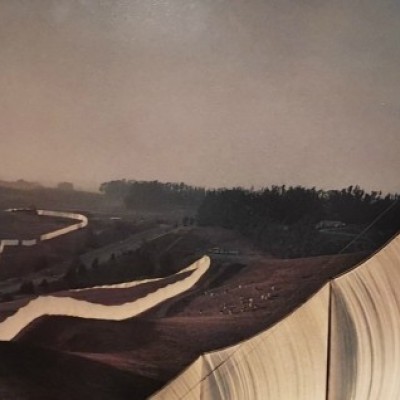 From the collection of Process- Space Art Festival

This exhibition is realized in memory of Dimitar Grozdanov – art historian and founder of Process – Space Art Festival and Christo – a world-famous figure in contemporary art, who left us in 2020.

In the far 1992 the first Process – Space Art Festival took place in Balchik, a place not coincidentally chosen for holding an international forum for the art of unconventional forms. Dimitar Grozdanov then invited Bulgarian authors and authors from the Balkans to participate. He invites Christo as well. Christo does not come to Balchik, but instead he sends hand-signed posters of his projects and realized works to support the initiative.

The first issue of “Izkustvo – Art in Bulgaria” Art Magazine was released in that same 1993 year, who’s head edi-tor till 2003, (when the last 100th magazine was issued) is Dimitar Grozdanov. Precisely in this first issue are published several articles about Christo and Process – Space Art Festival as an idea and concept. The authors of the articles are Lachezar Boyadzhiev, Georgi Todorov, Dimitar Grozdanov and an article about Christo with quota-tion from “Art in Australia” Art Magazine.

Today we have the opportunity to see original posters of works, some of which have become emblematic of the duo Cristo and Jean-Claude. The exposition contains 10 posters and 4 articles from “Izkustvo – Art in Bulgaria” Art Magazine. In the exhibition one can also find aditional information about the projects and their realization, which is borrowed from the official webpage of Christo and Jeanne-Claude www.christojeanneclaude.net and other internet sources.

Thanks to Elena Panayotova, Boris Klimentiev and Marina Grozdanova for the information and archive provided regarding the previous publications and exhibitions of the collection.

Organizers of the exhibition are the team of Festival Process - Space –