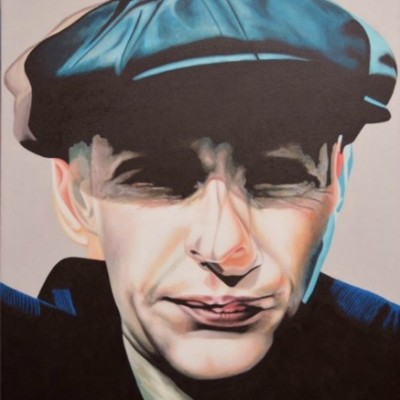 I was born and grew up in Texas, a region of the United States well known for its gun culture.  Guns are ubiquitous in this region. From an early age I was filled with shock and horror as no less than seven of my school friends either were murdered, murdered someone else or committed suicide with weapons that were all too easily obtained. In such an environment there is a constant unease in the background of your mind that in any moment your life may be at risk.

On January 11th of this year an old friend of mine contacted me to inform me that my brother had been murdered that day, shot in the head by a “friend” as they were having an argument.

“Essence” is an attempt to strip away the pretensions and ambiguous positions that I have often employed in my work; to speak simply and directly, in visual terms sincerely and most likely naively, a small portion of the experience described above. To achieve this goal the exhibition is composed of several divergent types of work: some relate to interior emotions resulting as a consequence of the event described and simply aim to give them a visible form, while others act as signifiers of particular thoughts and are offered as a “starting point” for the viewer to have their own thoughts in relation to them.

The exhibition consists of a short series of self portraits based on the concept of dissonance; the idea of two disharmonious, yet coexisting elements in the psychology whose dissonance provokes the need for resolution and eventually leads to a single new and unified concept. Practically these paintings are made from transparent double images, each image relating a single emotion or thought, and yet uniting into a new composite image indicating a third possibility.