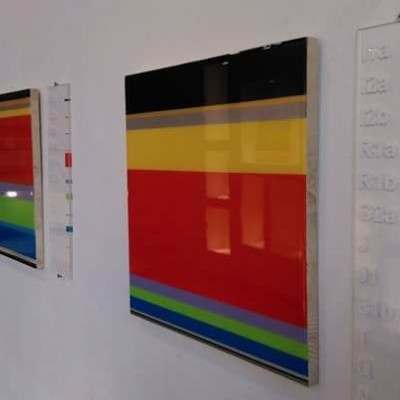 A haplotype is a group of genes in an organism that are inherited together from a single parent, and a haplogroup is a group of similar haplotypes that share a common ancestor with a single-nucleotide polymorphism mutation. More specifically, a haplogroup is a combination of alleles at different chromosomes regions that are closely linked and that tend to be inherited together. As a haplogroup consists of similar haplotypes, it is usually possible to predict a haplogroup from haplotypes. Haplogroups pertain to a single line of descent, usually dating back thousands of years. As such, membership of a haplogroup, by any individual, relies on a relatively small proportion of the genetic material possessed by that individual.

Haplogroups are normally identified by an initial letter of the alphabet, and refinements consist of additional number and letter combinations, such as (for example) A → A1 → A1a.

In human genetics, the haplogroups most commonly studied are Y-chromosome (Y-DNA) haplogroups and mitochondrial DNA(mtDNA) haplogroups, both of which can be used to define genetic populations. Y-DNA is passed solely along the patrilineal line, from father to son, while mtDNA is passed down the matrilineal line, from mother to offspring of both sexes. Neither recombines, and thus Y-DNA and mtDNA change only by chance mutation at each generation with no intermixture between parents' genetic material.